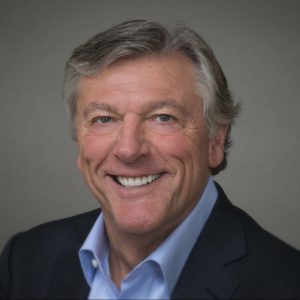 Tom Wiggans is the CEO of Pardes Biosciences, a company founded in 2020 to cultivate change and help lead the way to a post-pandemic future. Prior to taking on this role at Pardes, Tom was the Founder, Chairman and Chief Executive Officer of Dermira (NASDAQ, DERM) a biotechnology company based in Menlo Park California that developed innovative products for skin diseases and dermatology.  Dermira was acquired by Eli Lilly and Co. for $1.1 billion in February 2020.

Prior to founding Dermira in 2010, he was Chairman and Chief Executive Officer of Peplin, Inc., a U.S. & Australian biotechnology company developing a product for actinic keratosis and squamous cell carcinoma, which was acquired by LEO Pharma of Copenhagen, Denmark in November 2009 for $275mm.

In 1994 Tom joined Connetics Corporation as the company’s ninth employee and first Chief Executive Officer. During his twelve-year tenure as CEO, Connetics grew from a start up bio-pharmaceutical company to one of the leading dermatology companies in the United States, employing over 400 people, with five marketed products and annual revenues of $200 million. In October of 2006 Connetics was acquired by privately held Stiefel Laboratories of Coral Gables, Florida for $720mm. The combined company became the largest independent dermatology company in the world with global revenues approaching $1 billion.

He has served on the Boards of numerous public and private companies including Excaliard, Somaxon, Corthera, Sangamo, and Onyx.

He is a native of Fredonia Kansas. He received a BS in Pharmacy from the University of Kansas, and an MBA from Southern Methodist University.