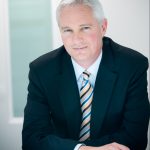 Charman’s research has been characterized by a multidisciplinary and collaborative approach to address major issues in drug discovery (especially for neglected diseases such as malaria), drug delivery and the pharmaceutical sciences. He has published more than 370 scientific papers and communications and given over 190 invited national and international presentations. He has received numerous national and international awards for his research; and received various fellowships from international professional associations. In 2015 and 2016, he was recognized by Thomson Reuters/Clarivate Analytics as a HiCi researcher in the field of Pharmacology and Toxicology.

Previously, Charman served as Chairman of the Wellcome Trust Seeding Drug Discovery Funding Committee; a member of the Expert Scientific Advisory Committee of the Medicines for Malaria Venture; an advisor to the World Health Organisation; and a Chair/member of Scientific Advisory Boards and two Corporate Boards.